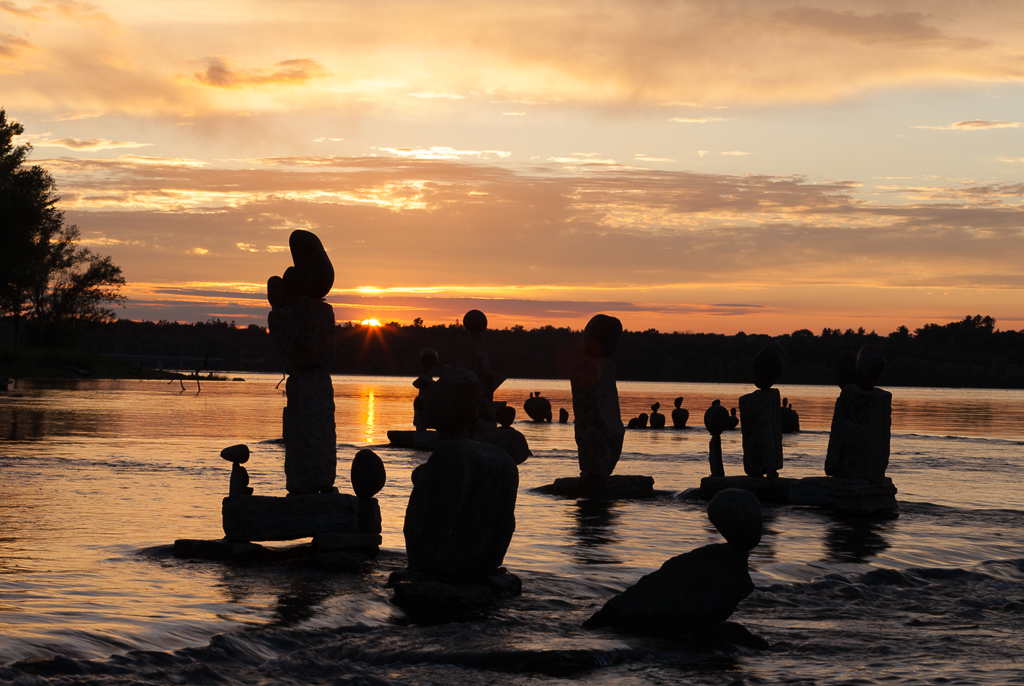 Water levels on the Ottawa River can be quite low once the spring melt has worked its way from the watersheds and tributaries that feed it.  With the lower water level comes the anticipated return of a local artist, John Ceprano, and his rock sculptures.

I returned for a second consecutive evening to the Remic Rapids on the Ottawa River to get this shot (my first attempt was a “fail” because of the intrusive solar flair spots that I had not been able to control on the previous shoot).

I came better prepared for this evening as well, wearing shorts and sandals to allow me to get into the water, which was quite comfortable given the 23°C (75°F) high we had experienced earlier that day.  It truly felt like the last evening of summer like weather that we might enjoy for some time to come.

I also brought a better attitude to the river’s edge as well, happy to sit and be still, taking only the occasional photo while spending most of my time watching and listening to the sounds of the water, and seeing families and their children enjoy the area as well.  Clouds were moving in, but my patience was rewarded with a final burst of the sun as it snuck between the cloud cover, and the horizon…